— who plays Jack in This is Us and Jess on Gilmore Girls — begged NASA via Twitter on Monday to keep the Cassini spacecraft “alive” in orbit around Saturn. And, because Twitter is the great equalizer, of course the space agency replied.

SEE ALSO: The sound of a spacecraft passing between Saturn and its rings is straight out of ‘Alien’

NASA’s official Cassini account explained that the agency has no way to keep Cassini functioning after September, when the spacecraft is scheduled to make a planned death dive into the huge world’s atmosphere, burning up in the process. 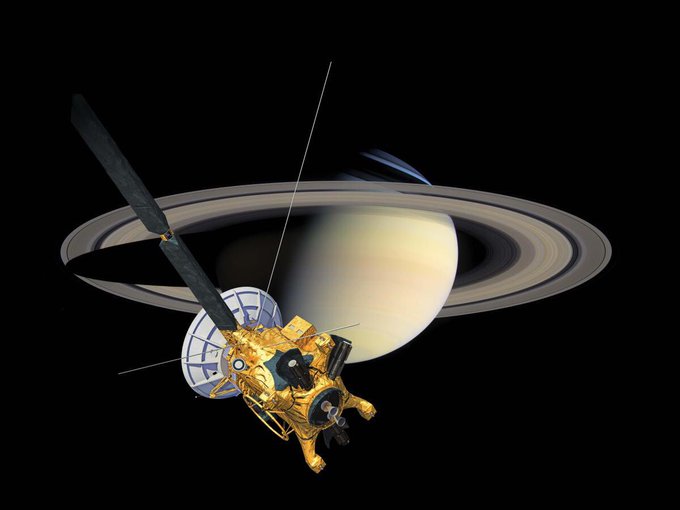 Hey @NASA #Cassini is onto something. Can we keep him alive please

Cassini is one of the most ambitious efforts in planetary space exploration. A joint endeavour of NASA, ESA and the Italian space agency, Cassini is a sophisticated spacecraft exploring the Saturnian…

It’s not that NASA doesn’t want to keep Cassini alive at the ringed planet, you see. I promise you, Milo, no one will be sadder to see that spacecraft go than the scientists who have devoted their careers to it. It’s just that Cassini is running out of fuel.

Plus, Cassini is plunging into Saturn’s atmosphere in September for a very specific — and not to mention altruistic — reason.

If scientists were to just allow Cassini to totally run out of fuel and free-fall somewhere in the Saturnian system of moons, it could actually contaminate a world that might harbor alien life.

It’s possible that Enceladus and Titan — two moons circling Saturn — both have subsurface oceans that may actually be habitable. Who knows what microbes lurk there?

If Cassini were to slam into one of those moons, it could bring Earthly organisms to the surface of the world, possibly harming native life. By burning up in Saturn’s atmosphere, Cassini avoids that possible issue.

The spacecraft has been studying Saturn and its dozens of moons since it arrived in 2004 after launching in 1997. In other words, this is a long mission.

It’s actually rare for spacecraft to live as long as Cassini has. In fact, it was never expected to survive so long in the first place. Cassini’s initial mission was only set for four years, but NASA extended it twice.

Cassini’s long life has transformed the way we understand Saturn and its place in the solar system, revealing new information about the planet’s moons and rings.

So, Milo, please, let’s just thank Cassini for its service and send it on its way to the great space robot heaven in the sky.

My microwave is too small to fit the microwave popcorn bag

MEDITATION & THE PSYCHEDELIC DRUG AYAHUASCA APPEAR TO CHANGE THE BRAIN...

A Judge in Texas Has Made DACA Illegal: What This Means...

Need Legal Assistance, Paralegals for the Community, LLC is an all...