PARIS — Neymar said he followed his “heart” after sealing his €222 million move to Paris Saint-Germain from Barcelona.

Neymar became the world’s most expensive player after PSG opted to trigger his buyout clause and told reporters at his unveiling on Friday: “My heart told me that it was time to sign for Paris Saint-Germain.”

The 25-year-old enjoyed a successful four-year spell with Barcelona, winning one Champions League, two La Liga titles and three Copas del Rey as well as one FIFA Club World Cup and one Spanish Super Cup, but he said he was relishing the new challenge.

“I am very, very happy,” he said. “I cannot describe what I am feeling in my heart right now. I am here to help the team to win as many titles as possible. I have come to take on a new challenge and to win titles.

“I have friends in Barcelona, it was not easy to leave. However, football can be like that. It was the most difficult decision of my life to leave Barcelona but I felt like it was the right moment to leave.

“I have friends here in Paris and I already feel at home here. I was very happy during four years in Barcelona. I am not sad, I won lots of titles.”

A source has told ESPN FC that Neymar will be paid around €30m per year after taxes and has been handed a major signing bonus in excess of his net annual sum.

Told that some people think he moved just for the money, Neymar said: “Well, what I can say to these people is that they don’t know anything about my personal life. I was never motivated by money. It was never my first motivation.

“What I think about is my happiness, together with my family. I want us to be happy. I must follow my heart, not considering the money. If I was following the money, I would be somewhere else with different teams in different countries.

“I am really sad to think people think that way. I would like to thank PSG as they believe in my potential and I want to pay them back.”

Lionel Messi had posted a heartfelt farewell message to Neymar this week, and the Brazil forward rejected the suggestions he wanted to leave to step out of Messi’s shadow.

“No, quite on the contrary,” he said. “One of my motivations to play for Barcelona was to play alongside Lionel Messi — he was my role model.

“There was no pressure at all, only during the first week during Barcelona I was worried about training with my role models at the time. That was a lot of pressure but after that first week I felt relaxed and in my own environment.

Neymar has built up his fitness during Barcelona’s preseason and said he was ready to make his PSG debut in the Ligue 1 clash with Amiens on Saturday.

“I am ready to get started from tomorrow,” he said. “If it is possible, let’s do it!

“I have seen Parc des Princes and I am itching to pull on my new shirt and play. I have not spoken with the coach about whether I will play or not, where I will play or if he wants me to play yet.”

He said he does not fear the weight of expectation after PSG broke the world transfer record.

“To be the most expensive player in the world does not concern me or weigh me down,” he said. “I am still the same weight as always, I have nothing on my back.” 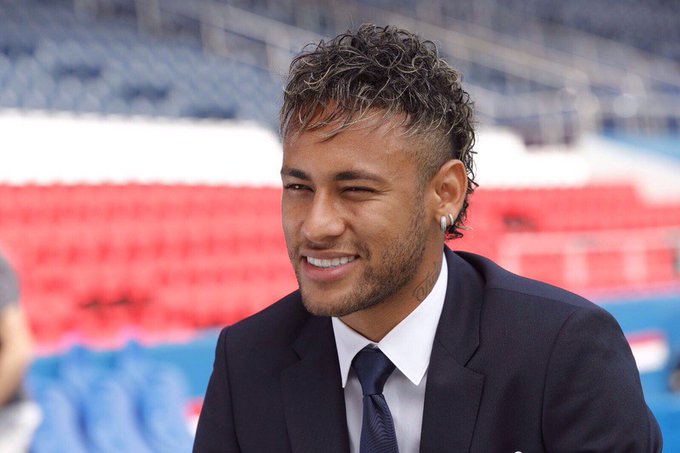 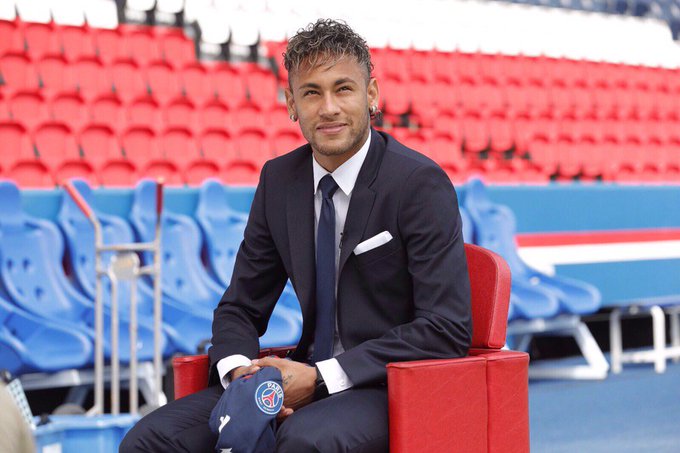 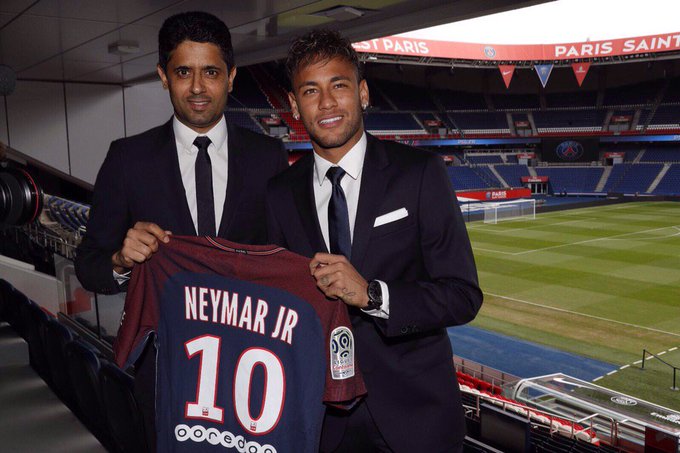 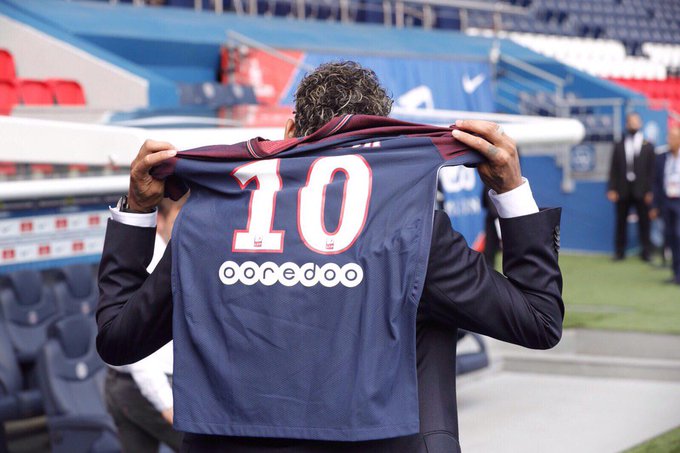 PSG chairman and CEO Nasser Al-Khelaifi, appearing alongside Neymar at the news conference, said he viewed his new signing as the finest footballer on the planet.

“I am very happy to present our big star, an idol to the whole world,” he said. “We have always wanted Neymar. He is the best player in the world and now he is ours.”

There had been suggestions that PSG had targeted Neymar in response to Barcelona’s pursuit of their key midfielder Marco Verratti earlier in the summer.

However, Al-Khelaifi said: “We did not buy Neymar because Barcelona wanted Marco. We simply wanted the best player in the world.”

PSG have faced questions about whether they can now adhere to UEFA’s financial fair play rules, with La Liga president Javier Tebas saying he would file a complaint to the governing body and the EU over the transfer.

“There is no problem. I have a strong team with me working day and night working applying the regulation on the financial fair play.

“However, if anyone is thinking about financial fair play I tell them please: go have a coffee and don’t worry about us, we are in good hands. Thank you.”

He said the deal had improved the value of the club, explaining: “Before Neymar, PSG were worth €1 billion. With Neymar, we are now worth €1.5bn.

He also defended Neymar against suggestions he had moved for financial reasons, saying: “If he was motivated by money, he could have gone elsewhere. He has come for the project.”

PSG have made no secret of their desire to win the Champions League but Neymar said they would also have to work hard in Ligue 1, having lost their domestic crown to Monaco last season.

“I have heard people criticise Ligue 1 but I do not agree with that,” he said. “I have spoken with others who have played here and I have learned that there are no easy matches. We are here to win titles.”

He added: “We want to win the Champions League but other titles as well. We are here to write the club’s history.”

As O.J. Simpson Wins Parole, a Quick, and Divided, Reaction

‘Stone Animal’ Lake Seen from Space in All Its Crimson Glory

Just 20 Minutes of Walking May Reduce Inflammation in Your Body